A Proactive Approach to Sustainable IT Security

Under the honorary aegis of Mariyana Nikolova, Deputy Prime Minister for Economic and Demographic Policy; Chairwoman of the Cybersecurity Council

With the cooperation of: Ministry of Defence, Ministry of Interior, State Agency for National Security,
State e-Government Agency

With the digitization of systems and processes, the theme of cybersecurity has become fundamental to modern society. The damage done by various cyberattacks on public systems, the financial and economic sectors, is enormous. Cybersecurity Ventures predicted that cybercrime damages will cost the world $6 trillion annually by 2021.

The Cybersecurity law in Bulgaria adopted at the end of 2018 is an undeniable step towards improving information security. The EU Cybersecurity Act (Regulation (EU) 2019/881) that came into force in June 2019 increased ENISA's authority, gave a permanent mandate to the Agency, and aims to launch an EU-wide certification framework for IT products, services, and processes.

Collaborating with the business and the academic community in order to develop effective countermeasures and anticipating the vulnerabilities is still a priority for the State. Many organizations pay attention and allocate budget to increasing the cyberculture of their teams and the society as a whole, as e preventive protection measure.

What are the systematic efforts of the State and the EU to tackle the cybercrime problem, how technology innovation can help combat current threats, how to effectively ensure business and administration data storage are among the topics of the upcoming SecurIT - the 18th International InfoSec & DataStorage conference.

During the years the conference was held with the kind collaboration of the leading institutions in the sphere of information security - State e-Government Agency, Ministry of Defence, Ministry of Interior, and State Agency for National Security.

The conference is aimed at IT managers and experts from all segments of the economy: Directors and Managers "Information Security"; Managers of Risk Management; Infrastructure managers; System architects; Security engineers; IT managers; IT auditors; Information security auditors; Consultants.

ICT Media reserves the right to make changes to the preliminary program. 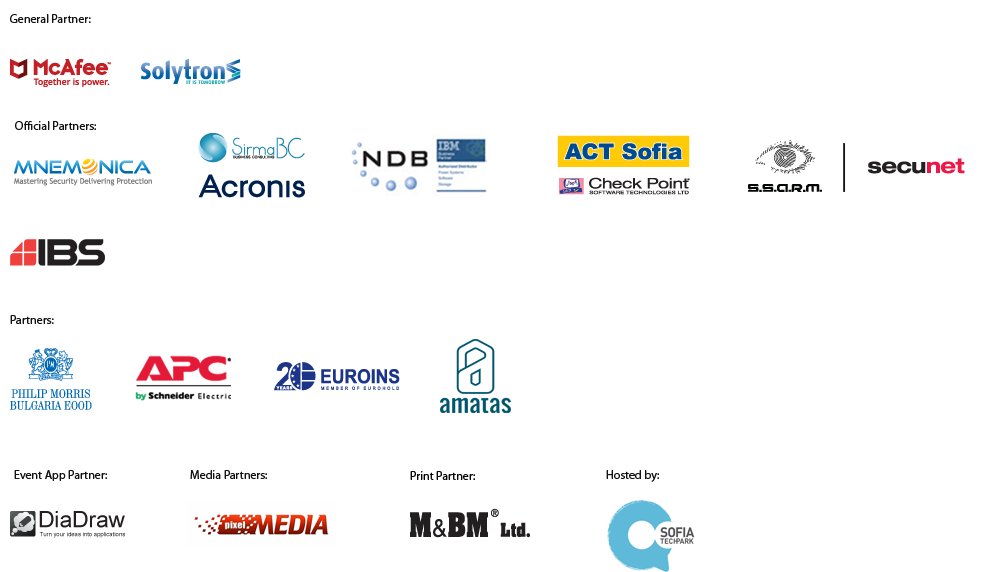